Retro-gaming: WTF is Going On

How have we been?! It’s been a hot moment since I’ve posted anything long-form, which has typically been at least once a week. It’s strange how granular yet fleeting time feels now; I’m not sure if that’s due to the pandemic, my age, or some mixture of both. Regardless, I sit here typing to you in the middle of plastic shavings, a plethora of screws and bits, and various tools. Yes, I’ve been a hobby-project binge, which usually entails me hyperfocusing on an area-of-study/project of my choice until I get absolutely SICK of it. And yes, it is still within the realm of retro-gaming and electronic-tinkering. Looking on my previous post, it seems this binge has been in the works for 1 whole month now. How surprising. 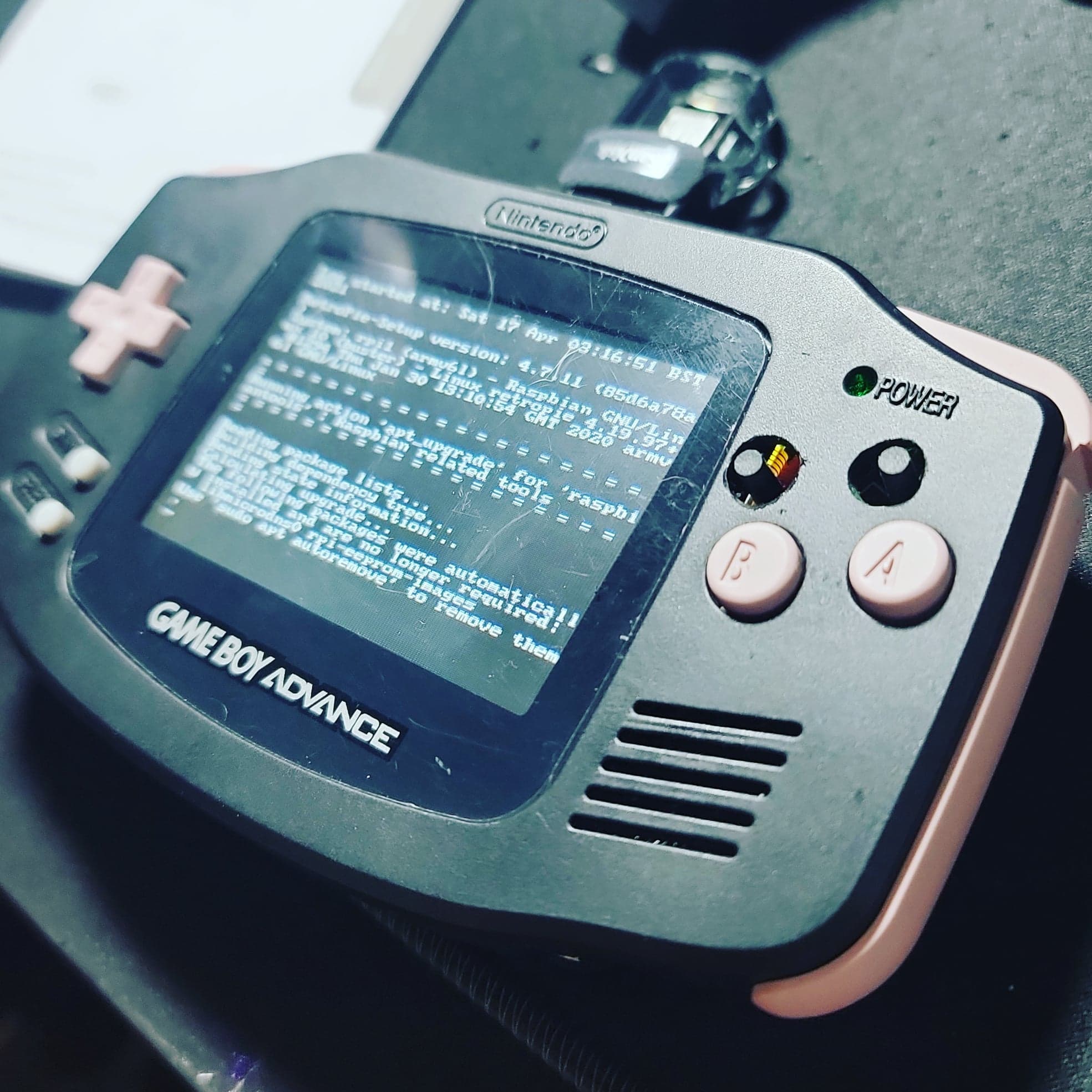 Due to newly-budded issues I have with a very expensive order I place with Experimental Pi for their PiBoy product (ever-expanding shipping timeframe & questionable quality control), I’ve decided to explore slightly less-superior, albeit more budget friendly options when it comes to portable retro-gaming devices involving Raspberry Pi devices. I recently just bought the Freeplay Zero Gameboy Advance kit, which has been quite the ordeal to put together–mostly due to my own leanings to over-complicate everything1. 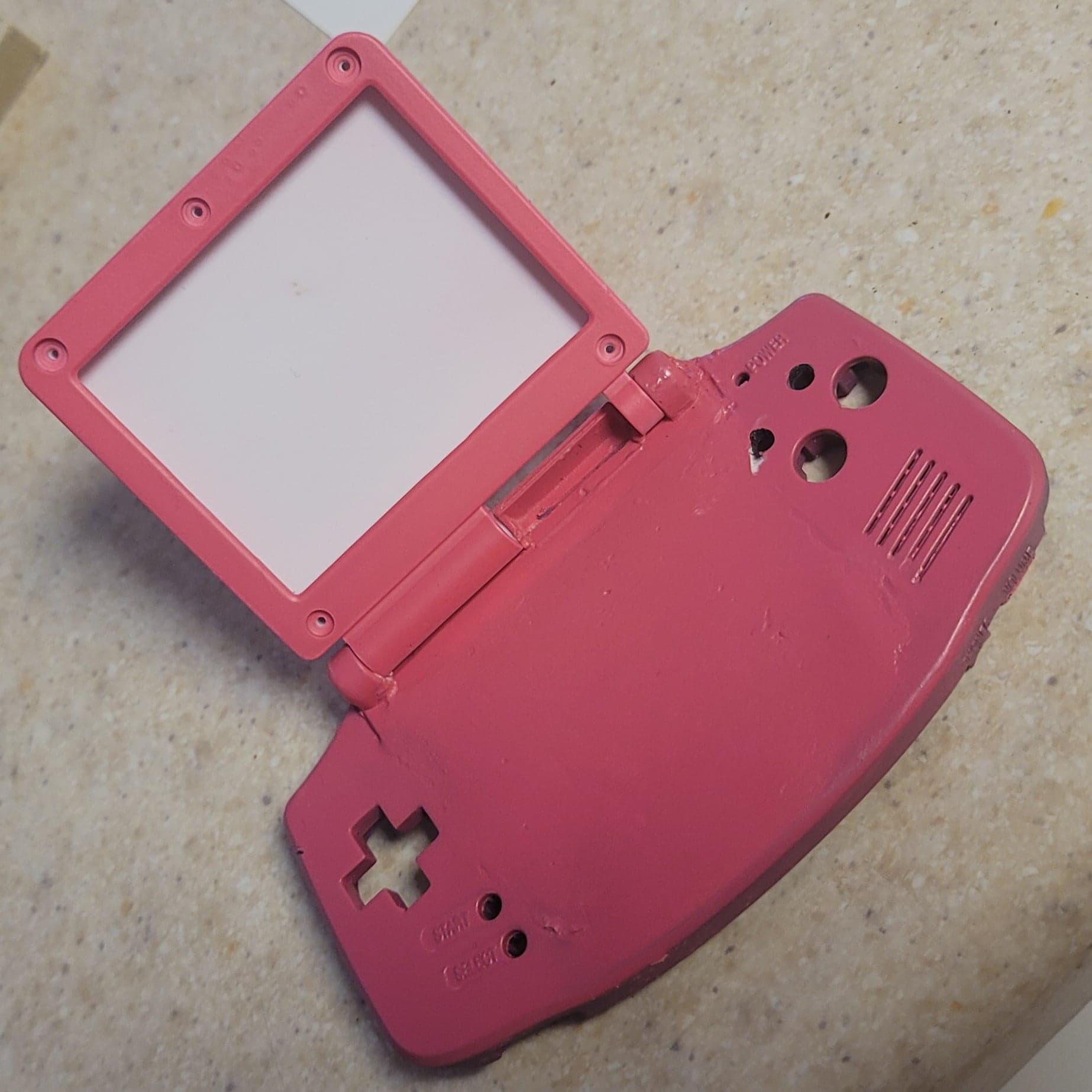 Currently, I have everything physically assembled, but am having issues getting the OS image to properly work, which has been a disaster. And by disaster, I mean 8+ hours worth of watching command-line download outputs just to get nowhere. At least I haven’t physically broken anything…yet.

I’m finding that alternatives to products like these require at least high-novice to intermediate knowledge of electronics, a hobby that is a rabbit hole (financially and knowledge-wise) in and of itself.

In March, I spent a lot of time manifesting what I wanted for the following 3 months. For those of you that read my Spacehey “Shotgun” blog, you probably already know what I mean. Due to my dire need to take action and get things done effectively and efficently, I’ve been working with manifestations of Mars. As far as hands on workings, April’s sessions have been extremely sparce, simply due to my desire to not overwhelm myself.

However, I usually always have at least a pinky toe in the esoteric and occult. Recently, I’ve discovered the Esoterica youtube channel headed by Dr. Justin Sledge (how cool is that last name?!). I’ve been fascinated by Spinoza’s approach to the spiritual, whose works can be interpreted as highly spiritual or extremely atheistic (confusing, yes. watch the vid). I will definitely be looking into the books mentioned in the linked video. Regardless, to say Dr. Sledge is a fountain of credible information is a vast understatement. Please check him out, for those of you that are fascinated by Western Occultism. Some of my favorite videos include:

I’ve also recieved more tarot decks since I last discussed the topic over on my Spacehey Blog. My two notable new decks include the Bumbleberry Tarot and the BOTANICA Tarot, the latter of which has been in the works on Kickstarter for nearly a year since I first back the project. And I must say, the wait was worth it. The packaging was professionally designed and the contents were sublime in quality, to say the least.

Unforunately, I’ve been too wracked up with my electronics pursuits and adult life BS to really sit down and connect. Maybe in times like this, this is more needed than ever. I really need to get back into establishing tarot journaling as a habit.

Speaking of tarot reading, you may have seen the Shop and Services sections of my website. Hopefully I’ll be able to at least get my tarot reading services page up the last week of April, but for free of charge. I certainly have my hands full with a lot of items currently, so I can’t be bothered with handling client transactions. I’d much rather have free services that don’t carry the weight of payments, at least until I can return my full attention to tarot reading for others. It’s definitely fun, but extremely draining. I don’t know how professional tarot readers do it.

I’m waiting to hear back from the job interview that I alluded to in my last blog. I actually scored an interview that included the head developer I would be working with, my old boss (now director at said company), and the CEO (it’s a pretty small company, however almost 25 years old). I should hear back by the end of April to beginning of May as to whether or not I’ve recieved an offer. I’m extremely hesitant about the whole ordeal, mostly because I certainly don’t like change with respect to my only source of financial income.

I can’t help but feel guilt working at my current comapny though. The team I’m currently on is training me to be a long-term support that will replace one senior employee that is retiring in June. I could be gone by mid-May at this point. However, I just don’t have faith in how my management is directing me– even this new team assignment feels like it was a lucky fluke. I don’t know about you, but I don’t like the idea of my career trajectory heavily depending on luck. I guess we’ll see!

Family has been an interesting frontier the last month as well. For the first time in 5 years, some of my family will be coming to visit me for my birthday, at least for the afternoon. Our relationships have certainly taken a change for the better (and some for the worst) since a watershed event that happened within my immediate family (i.e., divorce). It’s really brought about everyone’s true colors (both good and bad) and polarized all relationships involved. It’s certainly not a surprise to anyone that such a thing happened, but it still sends shockwaves through my person just thinking about it. Regardless, I hope that the dinner coming up will go over well. I’m not sure what to expect at this point. Future Poptart speaking…they totally cancelled the day of…oh well.

All in all, I hope this is an adequate update for some of you that have been reaching out to me over Spacehey, Twitter, & Instagram. I hope to have much more to share with you in the coming weeks! As customary to my personal rambles, here is a happy doge living life to Yoshi’s Island theme song (my FAVORITE GBA game ever).